We’ve touched on children’s magazines in a previous blog post about Quaker missionary periodicals. Another kind of publication concerning young people is the school magazine. Quaker schools generated a variety of these, some written by teachers, others by pupils, some aimed at the current school community, others produced by and for former scholars. This blogpost provides a brief introduction to the Library’s collection.

School magazines began to appear in the mid-19th century, as periodical publishing gained popularity. The earliest Quaker school magazines chiefly carried literary and scientific articles. By the twentieth century more content was contributed by current and former pupils, photography and illustration were highly important, and school news was a regular feature. One of the oldest school magazines held by the Library is Grove House Magazine for 1851- 1852, written for pupils of Grove House School, Tottenham, in existence from 1828 to 1877. 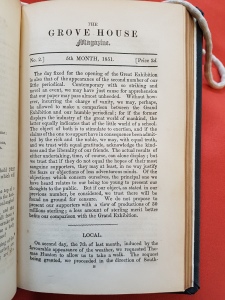 News of the Great Exhibition in Grove House Magazine no. 2 (May 1851)

Not surprisingly we hold several school magazines for Ackworth School, the second oldest of the Quaker schools still open. The longest running of these is The Cupola, published from 1925 to 1973, named after the school’s octagonal clock tower.

One of the more unusual “school magazines” in the Library’s collections is the Phonographic star, written in Pitman shorthand and first produced by John Newby at Ackworth School in 1844. 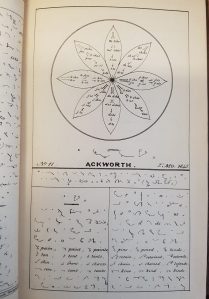 The Phonographic Star no. 11 (February 1845). Magazine in Pitman shorthand, edited by James Newby, a master at Ackworth School. 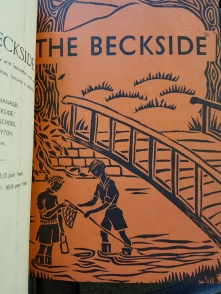 These school magazines are a useful source of information such as news of former students, staff news, and obituaries, along with reports of the activities of various school clubs, school trips and lectures. They are also interesting as a visual record of the schools, as they include class photographs, staff portraits and photographs of events and school buildings. The magazines also regularly feature art works by students, creative writing and poetry.

Saffron Walden Friends School, The Avenue (July 1919). Report of the flu epidemic, opposite an illustration of the Boys Fifth Form Room, from a drawing by Edward Bawden, then a pupil at the school.

During the First World War, these magazines record the service of former pupils, both those who upheld the Quaker peace testimony and those who served in the armed forces. There are also first-hand accounts by former students of their service (including with the Friends Ambulance Unit), particularly in The Island and Bootham. Two recent publications have drawn heavily on these resources in their accounts of choices and actions taken by young boys and men during the conflict – Great ideals: Leighton Park School and the First World War, by John Allinson and Charlotte Smith (2014), and Still, small voice: Sidcot in the Great War, by Christine Gladwin (2014). 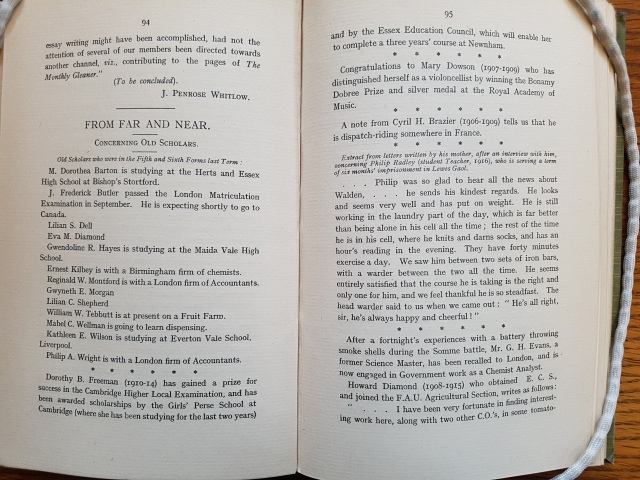 News of former pupils and staff after the introduction of conscription in 1916, The Avenue (Dec. 1916) 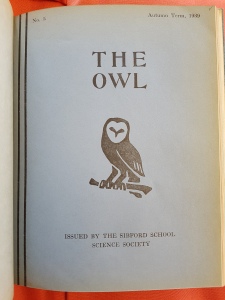 Some periodicals were produced jointly by several schools, most notably the Natural History Journal (1877-1898), a collaboration between the various Quaker schools’ natural history societies (Bootham had founded a pioneering Natural History Society in 1834 which still exists). This was succeeded by Past and present: a journal for scholars (old and young) of Friends schools (1900-1909).

Contents page of The Natural History Journal, vol. IV, no. 31 (15 May 1880), magazine of the Friends Schools’ natural history societies

A few of the smaller, less well known schools are also represented in our collections, such as the short-lived Carlisle school for girls run by Lucy Marianne Reynolds, which produced Devonshire House School magazine (1911-1915).

A portrait of the prefects and a debate on women’s suffrage from Devonshire House School Magazine no. 6 (1913)

The Woodlands Journal, magazine of the boy’s boarding school, Woodlands, Hitchin, is housed with the Library’s manuscript collection. It is a handwritten magazine covering the years 1877-1889 (MS VOL S 12a-19).

One of the rarest school magazines we hold  is Die Weisse Feder (1932-1940), the magazine of the school run by Manfred and Lili Pollatz, who had lost their positions as teachers in Dresden when the Nazis came to power. They moved to Haarlem where they opened a school to provide education to refugee children. Geneva Quakers have digitised one issue of the magazine, which you can read here. 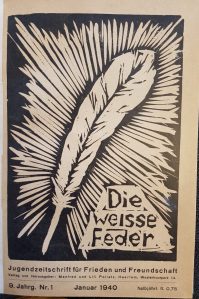 School magazines are a useful resource for those researching the history of education, local and family historians, biographers and historians of Quakerism. Find out more about researching Quaker schools from our subject guide to histories and records of Quaker Schools in Great Britain and Ireland (free to download here).

5 Responses to From cupola, portico or archway: Quaker school magazines