Reimagining a True Social Order is a new AHRC funded website exploring the historic background and contemporary significance of the Eight Foundations of a True Social Order, first agreed by London Yearly Meeting in 1918. Inspired by the richness of the new resource (produced by academics at Leeds, in collaboration with Quakers in Britain, Woodbrooke and others), this blogpost aims to highlight some of the Library material which relate to the origins and development of the Eight Foundations.

The war of 1914–18 made Friends more vividly aware of the close connection between war and social order. Many progressive social thinkers at the time blamed the failings of capitalism for the descent into war, and saw the masses caught up in fighting for their countries as pawns in the games of empire led by politicians, royalty and wealthy businessmen.

Nine months after the outbreak of war, London Yearly Meeting was inspired by the words of the 18th century Quaker John Woolman:  May we look upon our treasures, the furniture of our houses, and our garments, and try whether the seeds of war have nourishment in these our possessions (A Word of remembrance and caution to the rich, republished by the Fabian Society in 1897).

British Friends established a War & Social Order Committee in 1915 to look into all issues surrounding social inequality and the social conditions that make war possible. The Committee presented their findings to Yearly Meeting in 1918, leading to the adoption of eight ‘Foundations of a true social order’, ideals still included in Quaker faith and practice today(http://qfp.quaker.org.uk/passage/23-16/).

The most obvious starting place for anyone interested in finding out more, is the papers of these two committees.

For the War & Social Order Committee, 1915-1928, we hold the minutes of the main committee and the sub-committees, as well as conference minutes. For a full description of the records, go to our online catalogue entry: http://quaker.adlibhosting.com/Details/archive/110010972

For the Industrial & Social Order Council, 1928-1962, we hold similar records and also two scrapbooks of photographs and pamphlets. For a full description, go to our online catalogue entry: http://quaker.adlibhosting.com/Details/archive/110010392

However for those wanting to dig even deeper, there are other collections which are worth a look.

Papers from committees and people which shed a light on their wartime activities are important for getting a feel for how the war was influencing Quakers and in many cases leading them to new and more radical positions.

WSOC member Hubert Peet was already a Socialist before war broke out (acting as editor of The Ploughshare, journal of the Socialist Quaker Society), but as secretary of the wartime Friends Service Committee, he would have had contact with a large variety of young men from diverse backgrounds which may have also shaped his political and social views. His 1916 correspondence forms part of the Service Committee records here on the catalogue: http://quaker.adlibhosting.com/Details/archive/110010918. 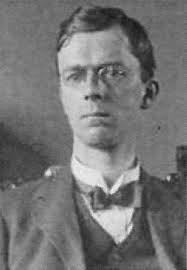 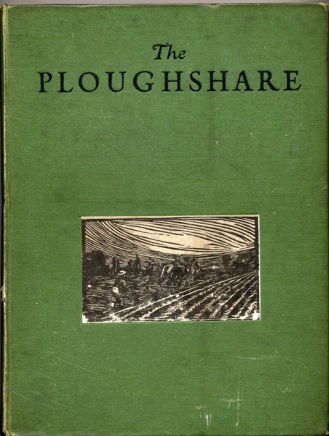 Some of the members of the War & Social Order committee were absolutist conscientious objectors, and when reading the letters and diaries of COs in our collections you can see how this experience led them to mix with other conscientious objectors through the No-Conscription Fellowship, and while imprisoned alongside these men. Often other COs objected on political grounds, and held strong socialist views. To find out more about this read our earlier blogpost on COs in prison https://quakerstrongrooms.org/2014/04/30/library-resources-for-researching-world-war-i-prison-experiences-of-conscientious-objectors/

We also hold a variety of publications and collections from other members of the committee (http://www.quakersocialorder.org.uk/people/) which you can find by searching their names on our catalogue.

Rowntree had also served time in prison as a conscientious objector during World War I and his letters and notebooks written in prison show the huge impact this had on him especially with regards to prison conditions and rehabilitation. He went on to publish several works on war and social order, and this collection includes extensive research notes for his writing. The collection also includes research notes written on areas of industry – it seems Rowntree went ‘undercover’ and obtained jobs for periods in labouring work in order to get a better understanding of working conditions.  He also documents adult education projects and clubs for the unemployed in working class areas.

Joan Mary Fry was a wealthy Quaker, daughter of a Judge, and sister of Roger Fry, the art critic, and Bloomsbury Group member.

She had served as a prison chaplain in World War One, before joining the relief effort in Germany after the war. Among other tasks on the War & Social Order Committee, she headed up the allotment sub-committee, promoting allotment work for the poor.

She published articles and books on issues to do with pacifism and social order, particularly focussing on unemployment, but also on religious and pastoral topics. Find out more about her publications by searching our online catalogue (see also our recent blogpost on Fry and others).

Walton Newbold was a journalist and politician, who became the first Communist MP in Britain. He was much influenced by his Irish Quaker father and espoused Quaker beliefs, although in later life he was drawn to Catholicism.

He was a pacifist and campaigned for the No-Conscription Fellowship through World War I although was ruled out of having to contest conscription on medical grounds.

His politics were complex and he moved from the Independent Labour Party to the radical Left, joining the new Communist Party of Great Britain in 1921. After a period of intense representation on domestic and international issues, which led to a suspension from parliament in 1923, he resigned from the Party in 1924 and renewed his allegiance to Labour.

We hold a collection of letters of Newbold to contemporaries such as Hubert Peet.

These collections provide further historical insight into the thinking behind the Eight Foundations, adding to the rich resources on the new Reimagining a True Social Order website.

Like Loading...
This entry was posted in Projects and tagged Socialism, World War I. Bookmark the permalink.

2 Responses to War and social order