The second in our series of readers’ stories is from Bill Chadkirk, a former member of Friends House staff. Once we’d stopped blushing at the compliments we realised we had to blog Bill’s light hearted account of doing research in the Library: otherwise he might stop sharing his bottomless fund of jokes.

Bill is currently researching Quaker membership and theology over the 19th and 20th centuries for an MPhil at Birmingham University. His interests also include the work of the Friends Ambulance Unit and Friends Emergency & War Victims Relief Committee during World War One and Quaker relief in Russia 1916–1923 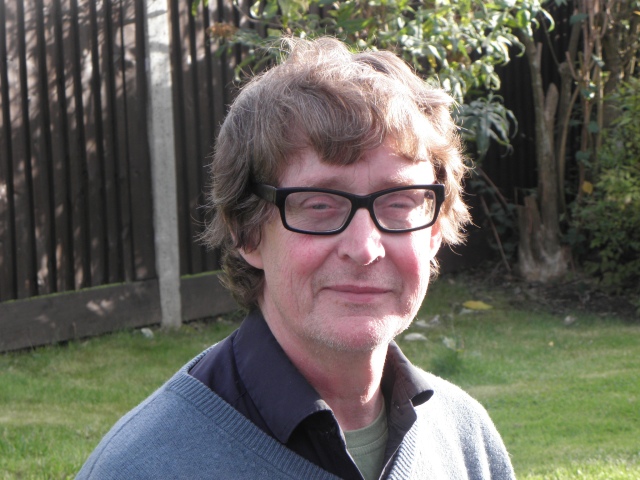 I can’t speak for other Library users but I know that once I’ve negotiated the rather aggressive automatic doors and entered the Reading Room, I relax. It looks like a library, book lined from floor almost to ceiling; it sounds like a library, quiet and studious; and it smells like a library, the peculiar odour of old leather, paper and polish that all serious libraries have.

Did I say serious libraries? Only serious in the sense that it is an important, purposeful library. The staff are far from serious. They are a friendly and open bunch, always willing to share a joke, some titbit of Quaker arcanery, a comment about the weather or some of their extraordinary expertise and knowledge. I sometimes wonder if there was ever a Quaker whose life story is not known to one member of staff or another, or whether there is a book, file or archive that one or the other has not pored over and committed to memory. I suppose there must be, but in years of using the library I haven’t experienced a single failed request for information. Well, there was one, but I was directed to a retired librarian who answered by return of post!

And the richness of the Quaker stories locked away in the basement stacks!  There are enough to keep the idly curious and the serious scholar engrossed for many a long session. Among my favourites are the Elbow Lane Scandal in which a respectable Friend attending London Yearly Meeting was imprisoned by the madam of a brothel on, yes, Elbow Lane, until he paid a ransom. Then there was John Tawell, a Quaker who slew his mistress in Slough and was caught by means of the newly invented electric telegraph. And then in the 1980s I came in on the tail end of Quaker work in the Soviet Union. Realising I lacked a historical background, I embarked on a history degree and when it came time to write a final year dissertation I asked the then Librarian, Malcolm Thomas, for suggestions. He offered Quaker work in Russia during the 1917 revolution or Quaker diplomacy around the building of the Berlin Wall. I chose the former and ended up writing a dissertation, The Imperial eagle and the Quaker dove, on Quaker contact with both the Czarist and Communist authorities from Peter the Great onward. I have rarely had so much sheer fun in an academic task! The story of Quakers and the Berlin Wall remains to be written…

I’m still using the Library. I’m going there as soon as I put the final full stop to this. All I’m currently doing is checking my transcription of hundreds of figures from the Tabular Statement (the annual statement of membership of the Society of Friends in Britain)  into a spreadsheet, but I’m really looking forward (as I always do) to using the Library of the Society of Friends.

If you’d like to be in touch with Bill about his current research into membership of the Society of Friends, you can contact him care of the Library. He’d be particularly interested to hear from anyone who has kept records of attendance at their Quaker meetings over any period of time.