The horror of the First World War made such a profound impact that responses to it a century later are still powerful. Historians, journalists and members of the public are engaging in passionate debate about the war and its causes – and their significance for the 21st century world; libraries, museums and cultural institutions are marking the anniversary with a wave of events and exhibitions; local people are exploring the ways in which events of 100 years ago affected their own towns and villages; schools are commemorating former pupils among the war-dead. 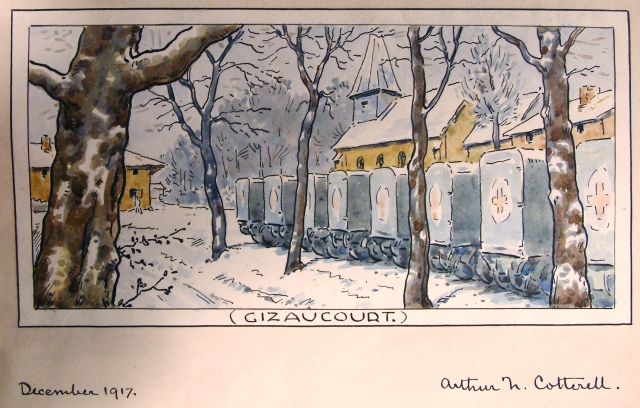 Many Quaker meetings around the country are also marking the centenary – as an opportunity to speak out about remembrance, reconciliation and paths to non-violence. To support them, Witnessing for peace on the centenary of World War I: a resource pack for Quaker Meetings has been produced, available online on the Quakers in Britain World War I centenary webpage at the end of February (also available free in hard copy – request a copy by email: quakercentre@quaker.org.uk, or by post from: WWI Resource Pack, Quaker Centre, Friends House, 173 Euston Road, London NW1 2BJ).

A twentieth century calamity. Postcard issued by the Peace Committee of the Society of Friends, 1912. Reference: Vol. T/218-219d

Among other things, the pack will include an updated Library guide to Quakers and World War I, listing some of the major printed and archival sources held here on Quakers’ peace witness and service during the war and its aftermath.

Use of the Library’s collections by readers and enquirers researching the period has already soared, as might be expected. After all, we hold the records of centrally organised British Quakers’ work for peace and for the relief of wartime suffering. Our collections include:

The first party of Friends ready for service under the War Victims Relief Committee, at Victoria Station. Photograph, FEWVRC archives 1914

As a further aid to researchers, over the coming months this blog will explore some of the Library’s World War I resources in greater detail. Expect to see blog-posts on the Friends Peace Committee, Friends Service Committee and other wartime committees; the archives of the Friends Ambulance Unit (1914-1919); the Friends Emergency & War Victims Relief Committee (1914-1923) cataloguing project funded by the Joseph Rowntree Charitable Trust; unpublished diaries and other papers of conscientious objectors; printed sources and photographic collections. We will also bring you news about World War I collections fully catalogued for the first time.

Together with the forthcoming launch of a new online archive catalogue this spring, we hope these blog-posts will provide valuable guidance for Library users researching all aspects of Quakers and the first global war.