A life of Quaker service in England and Germany from World War I to II: cataloguing the papers of Dorothy Henkel (1886-1983)

We’re pleased to present a guest blog post from Hannah Ratford, who recently spent two weeks at the Library as part of her archives and records management training.

As part of the M.A. course in Archives and Records Management at University College London, students are required to undertake a two-week cataloguing placement. Having requested that I complete my placement at a religious archive, I was fortunate to have been placed with the Library of the Society of Friends. Upon arrival I was provided with a collection consisting of five boxes and was set the task of arranging, appraising and cataloguing the material inside. I soon discovered that I had been handed an interesting collection consisting of the personal papers of Dorothy Henkel, a member of the Society of Friends.

Dorothy Henkel, daughter of the professional German musician, Karl Henkel, and English mother, Rose Henkel, was born on the 24th March 1886. Dorothy was raised in London and became fluent in English, French and German languages. The collection contains items relating to Dorothy’s younger years and family life, including notebooks, diaries, poems and letters regarding her parents’ silver anniversary in 1910, which indicate a sense of reminiscence by Dorothy of her youth. 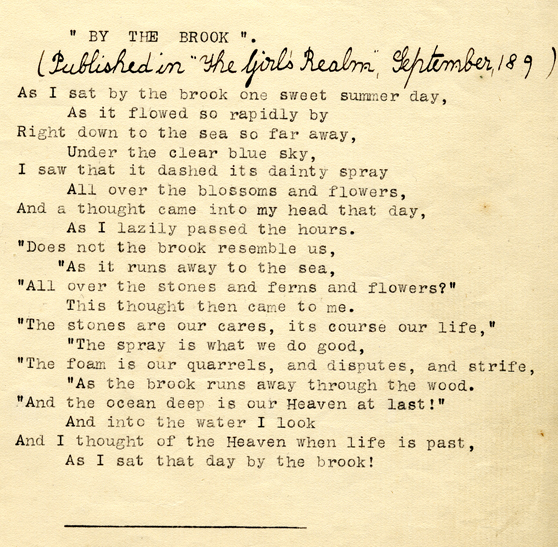 The collection also includes concert programmes and correspondence relating to World War I Prisoners of War held in Knockaloe Camp on the Isle of Man. They relate to the relief work carried out by Dorothy’s father, who provided prisoners with sheet music. Perhaps inspired by her father’s work, and following the devastation of the War and the loss of her fiancé in the subsequent flu epidemic, Dorothy attended a meeting held in Albert Hall with her parents in 1920 to consider the relief of famine in Germany. Upon enquiring as to how she could help, Dorothy was advised to go to the Quakers. Two days after this instruction she had an interview and was informed that assistance was required in Frankfurt am Main. Dorothy leapt at the opportunity presented to her, as whilst in Frankfurt she would be able to stay with her Aunt Sophie.

From June 1920, Dorothy worked in Frankfurt through the years of German hyperinflation, assisting in a new relief project known as “the Depot” with Friends’ Emergency and War Victims Relief Committee. This project supplied rationed quantities to a selected group at prices lower than those offered by shops. Her relief work alongside the Quakers eventually led her to apply for membership into the Society of Friends. Papers in the collection include her certificate of membership and letters of congratulation from her contemporaries upon her acceptance into the Society in 1925. 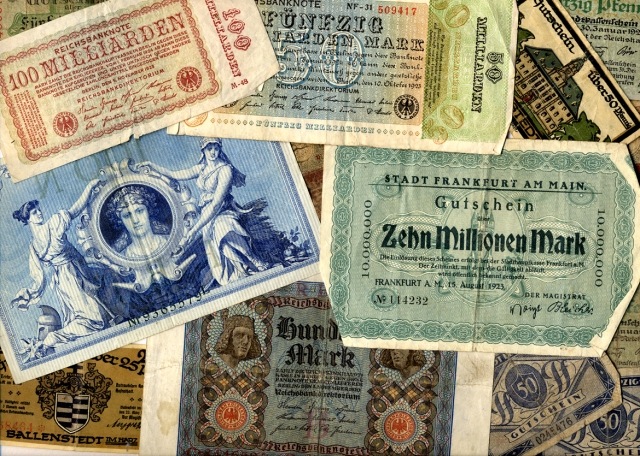 Following the end of the Depot project, Dorothy continued with her relief work and became involved in a scheme that placed impoverished children with families in Alsace for six weeks hospitality so that they could feel the benefit of better food. During this time, Dorothy began to witness the effects of the Nuremberg Laws on Jewish communities and individuals, and to assist those who were seeking to emigrate to escape persecution. By 1935, Dorothy had returned to London and was involved with Quaker work helping refugees seeking to come to Britain. The collection contains correspondence concerning this work. Around this time, Dorothy was requested by Helen Dixon to assist her in opening a Rest Home, where people who had suffered under the Nazi regime could find rest and refreshment. This home was set up in the Frankfurter Hof in Falkenstein, Taunus, with Dorothy focusing in particular on this work for the use of her memoirs (Dorothy Henkel, Memoirs, Frankfurt am Main, 1983 (092 [Biog.20/4]).

In 1939, Dorothy and her parents returned to Germany to visit family. During this period, World War II broke out, and the family was forced to stay in Germany for the entirety of the war. During this time, both of Dorothy’s parents died within eight weeks of each other. Following the end of the war, Dorothy remained in Germany for a while, eventually travelling back to England in the 1950s. She still travelled regularly to Frankfurt, continuing with her relief work and taking part in a project to support a Neighbourhood Centre in Bockenheim.

Dorothy spent her last years in a nursing home in Frankfurt due to an accident. Here, she completed the task of writing her memoirs, the notes of which are included in the collection, before her death in 1983. 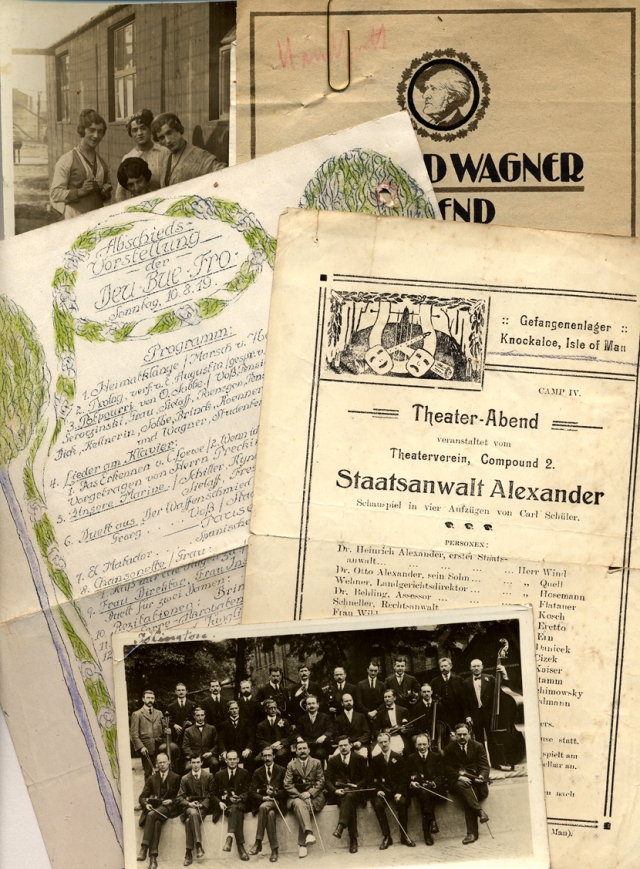 The collection (Temp MSS 1003) is an example of how personal papers can provide a good sense of a person and their life. In this instance, I was presented with a woman who survived both World War I and II, the Great Depression and the Nazi regime, and yet suffered great personal loss with the death of members of her family. Despite the death of loved ones, she continued with her relief work, determined to improve the lives of others who were suffering under oppressive regimes. She was heavily involved in her role as an elder in the Society of Friends, and reflects upon the importance of her Quaker work throughout her memoirs. The collection is a fascinating insight into the life of a woman who dedicated her life to others.

5 Responses to A life of Quaker service in England and Germany from World War I to II: cataloguing the papers of Dorothy Henkel (1886-1983)